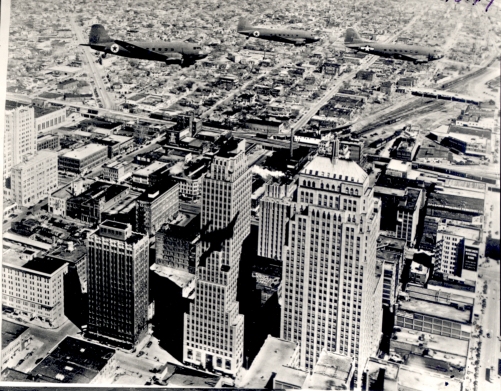 Iron Workers Local 48 received its charter from International in 1914. Local 48 has been providing its contractors with Journeyman Ironworkers for over 100 years. Between 1914 and 1959, the Local was located in several locations in the Oklahoma City area.

In 1959, the Local purchased land and built a building on Southwest 29th Street where they had residence for 57 years.

In the early 70s, Local 48 established an Apprenticeship school and purchased land for a new facility, which was built by members of Local 48.The JATC Board had enough foresight to purchase an adequate amount of land that would allow the Local Union to eventually be located next to the Apprenticeship school.

On April 19, 1995, there was a domestic terrorist attack that occurred at the Alfred P. Murrah Federal Building, located in the heart of downtown Oklahoma City. There was a total of 54 Iron Workers among the many volunteers whose services were utilized at the site of this tragedy. They put their lives on the line to preserve the lives of others. Their services were deeply appreciated by FEMA, firefighters, the State of Oklahoma, and especially the victims’ families.